I woke surprisingly early on my second day in Milan with Italia Slow Tour, looking forward to my visit to Idroscalo. The first day had been busy and this day was to be just as busy. The Idroscalo is an artificial lake constructed in the late 1920s as an airport for seaplanes, however, it is now a park used for recreational and sporting activities. Sometimes known as the “Sea of Milan”, in summer the beach area at Idroscalo is heaving with sunbathers and swimmers, however in November it looked more forlorn. But I wasn’t here to sunbathe. 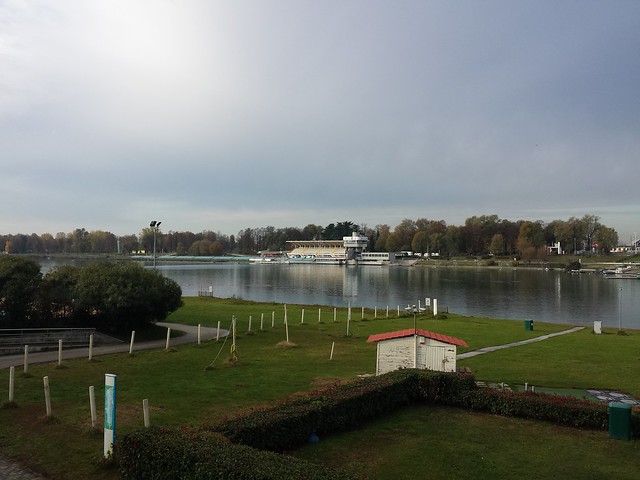 First up was horse riding, and this was a first for me. While I had sat on a horse maybe once or twice, I had never actually ridden one so I was a wee bit apprehensive, but I needn’t have been. I was the guest of Giacche Verdi, which is a non-profit association of “Civil Protection and Environmentalists” who are “working in harmony with the horse, man and nature pursuing concrete objectives and benefits to society”, or at least that’s what their website tells me. I was initially riding along with the President of the Giacche Verdi, but as I don’t speak Italian he passed me on to his translator, who was very friendly and told me more about what they did. However, mostly I was trying to negotiate with my horse which way we were going and who was in charge. I finally came to an accommodation with her (the horse) and was able to give most of my attention to the conversation. Unfortunately this was just before we had to stop, and I was to move on the next part of the tour. 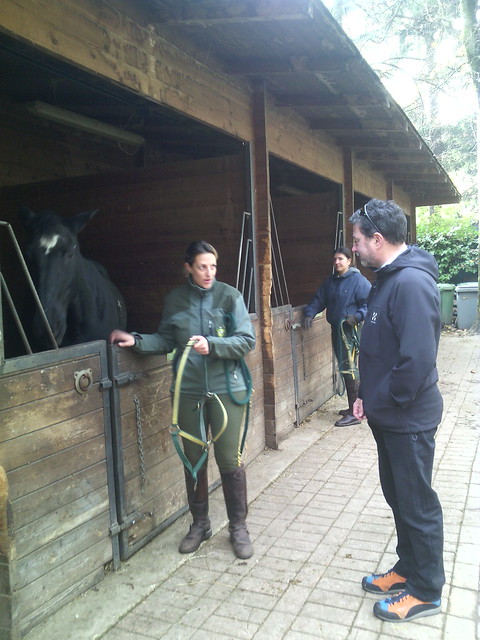 Having dismounted from the horse, who was now happily eating, I was introduced to Valeria Manfredda, a post graduate student in the Faculty of Sculpture at Brera Academy of Fine Arts, Milan, who was to show me round the outdoor sculpture park. We looked at a number of sculptures including her own work, Ed ero giovinetta (And I was a young girl), echoing memories of childhood, playing with a pair of tin cans on a length of string. She also showed me a number of other art works by other students and told me a wee bit about each one. 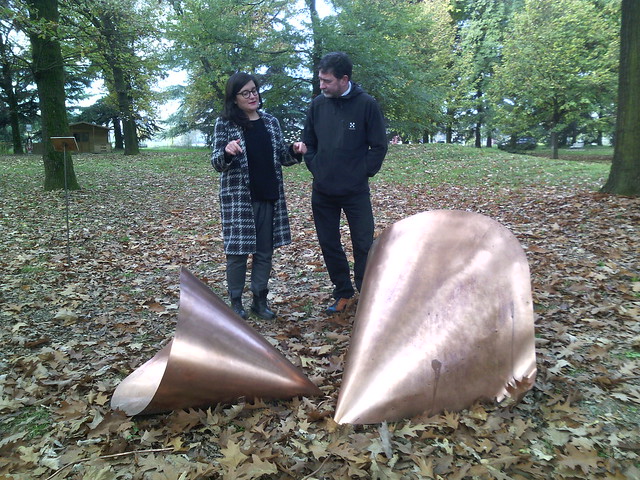 Following this arty interlude, I was pleased to be lent a bike to continue the tour of Idroscalo in the company of my guide Gianfranco of Italia Slow Tour. As bikes go, it was nothing special, just an eight speed hybrid, but for the purpose of seeing the area it was ideal. Next activity on the list was kayaking with the Idroscalo Club, here again was an activity which I hadn’t engaged in since I was at university. Getting kitted up I asked to have a spraydeck, half expecting to be told that that was something they wouldn’t give a beginner. The purpose of www.realrecipe.net the spraydeck is to stop water landing in your lap while paddling, but should you capsize, it can trap an inexperienced paddler upside down in the kayak. Experienced paddlers know how to release the spraydeck with their knees if they absolutely have to, although most would try to roll upright first or signal to be rescued by a buddy. So I was happy to be given a neoprene spraydeck, which kept me warm and dry. 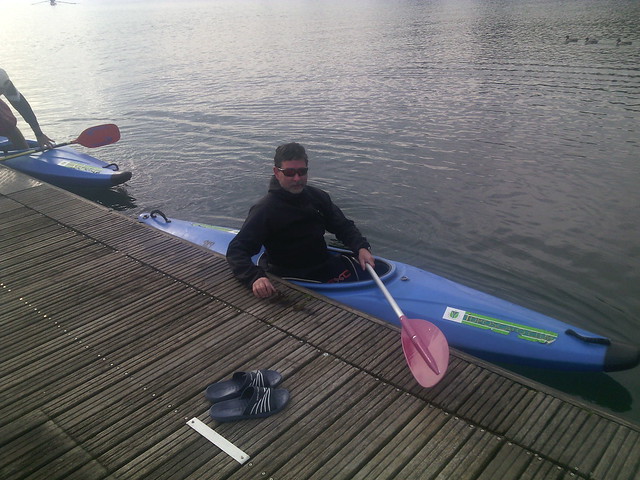 Paddling away from the dock I was surprised by how quickly things came back to me, apparently it is rather like riding a bike, once learned you never forget how to paddle in a straight line. The senior coach from Idroscalo Club was accompanying me and telling me a about the lake and pointing out the concert stage on the west bank, I had been wondering what it was. It was notable how quiet the area was in late autumn compared with what it must be like in summer. We were the only ones out paddling, but there were a great number of water craft laid up on the shore.

Back on dry land, it was back on the bike to continue the circumnavigation of the lake. Part way along, I spotted a mountain bike pump track and, despite being on borrowed hybrid bikes, this was an opportunity not to be missed. So we turned off and took in a circuit of the track, which was great fun and just had to be done. 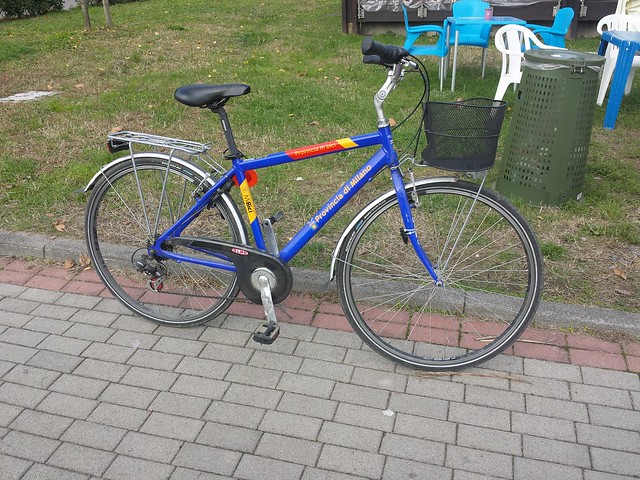 Then onwards to lunch, where I was the guest of the AS Rugby Milano rugby club. When we arrived there was an under 15’s match just starting. It was interesting to see that they were playing on an artificial pitch, so not the muddy extravaganza of the school boy rugby of my youth. Inside the club house the food was excellent, and so was the company, but I was surprised the wine was Australian rather than local. Apparently this was in honour of the Southern hemisphere clubs who were on tour in Europe just now. Somehow the conversation turned to politics and I was asked what I thought of Brexit. I explained that Scotland had voted to stay in the EU, but that England and Wales had voted to leave, and that the overall majority leaving had only been <2%. It was suggested that surely the UK didn’t really want to leave and that when it came to it, the UK Parliament would find a way of staying. I could see what they were saying made perfect sense if you were looking at the situation from the outside, and I now began to understand how my Italian friends in Edinburgh used to feel when we asked them about Silvio Berlusconi. So we changed the subject and went back talking about wine and food instead.

Lunch over, we continued our circumnavigation of the Idroscalo. On reaching the far end we stopped a while to watch some wake boarders. There is a lot to see and do at the Idroscalo, even in November. There was still time for some more sightseeing in the centre of Milan, highlights of which included ice cream (an absolute must when in Italy). Also a quick look at Castello Sforzesco from the 15th century, right in the centre of the city, and Sempione Park which is packed with art works, street hawkers, and people just having fun! Oh and it also has free public WiFi.

But as with all good things, my time in Milan had come to an end, and I had to catch a bus back to the airport for the flight home. Milan is somewhere I definitely want to return to, there is still so much more to see and do, and I’d like to take Ulli along too, as she would very much enjoy it. My thanks to my guide Gianfranco Nalin and Italia Slow Tour for organising a great weekend break.

"Doing it right is no excuse for not meeting the schedule."