For the second part of my look at Alpine cycle chic, I travelled south from Innsbruck to Bozen/Bolzano. The dual name tells you that we have now moved to the South Tyrol (German and Ladin: Südtirol, Italian: Sudtirolo or Alto Adige) in the north of Italy. Once again, this trip was not primarily about taking cycling photos, we had other reasons for going there. I just took the opportunity to grab a few photos.

On exiting the station, you quickly become aware that this is a place with a strong cycling culture, bicycles are everywhere. But it wasn’t until I stopped to take a photo of a shop across the street that I realised just how strong a cycling culture it is. It wasn’t the bikes in the shop window that made me realise this, pretty though they are, it was the reaction of people driving past. There was a traffic light at the end of the street, and instead of rushing to join the stationary queue of traffic, these drivers were slowing down to look longingly at the bikes in the shop. As I was trying to take photos, one of the drivers saw me, smiled and stopped short, so as not to block my view! That is something which would never happen in the UK, as I know from experience. Oh, and here is the shop… 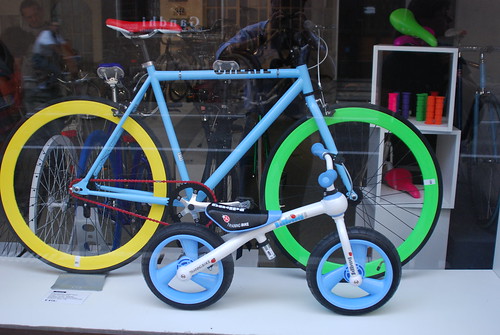 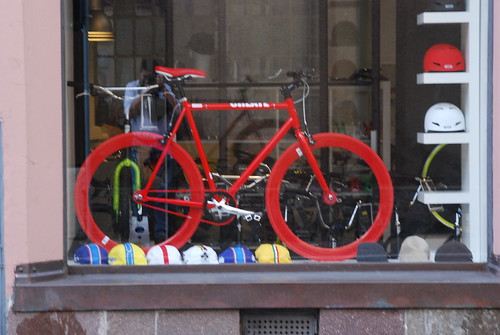 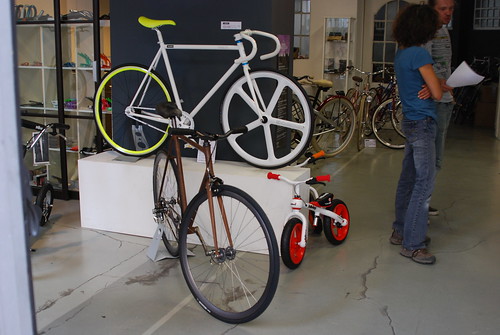 I was tempted to rush in and buy a bicycle my self, but my financial conscience wouldn’t let me, she was after all standing beside me.

According to the conventional wisdom (of English speaking cycle campaign groups), Bozen/Bolzano shouldn’t have a bicycling culture because it isn’t flat. I am often told that a major reason that bicycles are popular in places like the Netherlands and Denmark is because the are flat, and that in places with hills people don’t cycle. OK, would those people please explain these photos then? 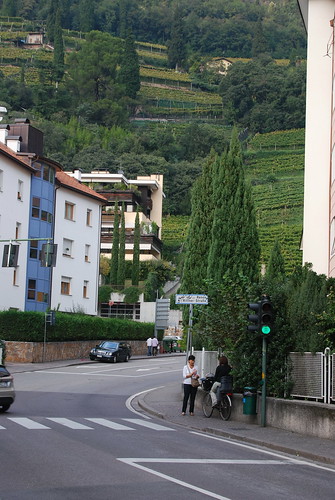 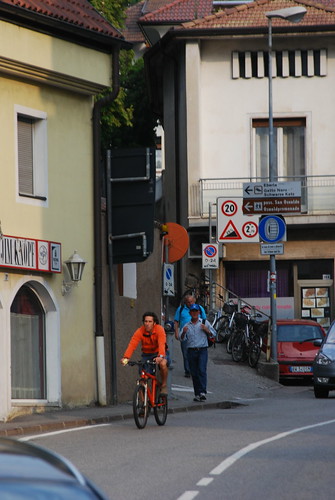 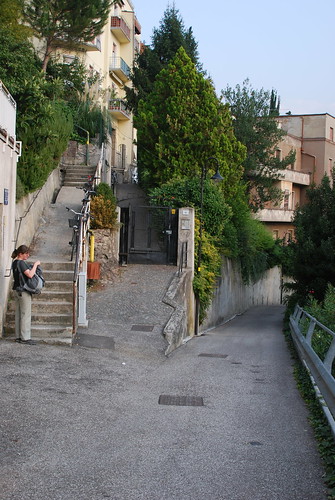 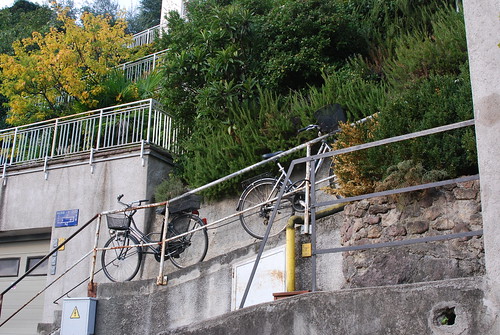 Another thing Bozen/Bolzano does have is cycle specific infrastructure, such as separated cycle lanes, 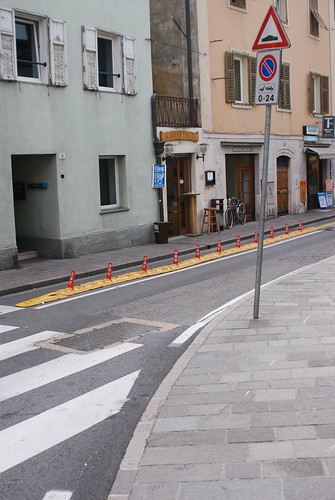 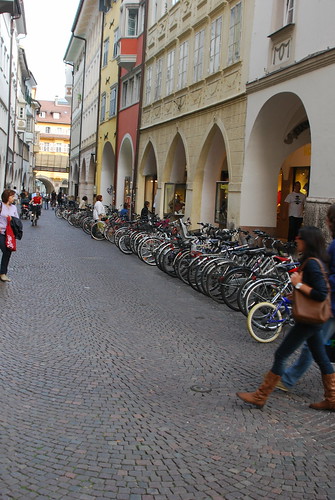 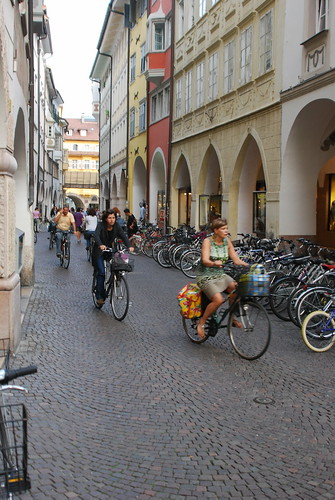 and this is a street open to limited motor traffic.

If you don’t have a bike with you when visit Bozen/Bolzano, there is bicycle rental (Fahrradverleih/Noleggio biciclette), which costs €1 for six hours, €2 for more than six hours and €5 a day for multi day hire. We didn’t hire bikes on this visit, but having seen them outside the station, we will probably do so on another visit.

My favourite bit of infrastructure in Bozen/Bolzano is actually for pedestrians and just outside the station. 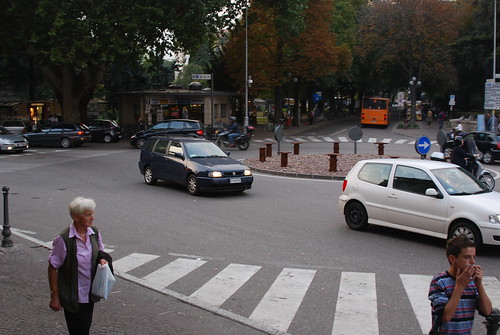 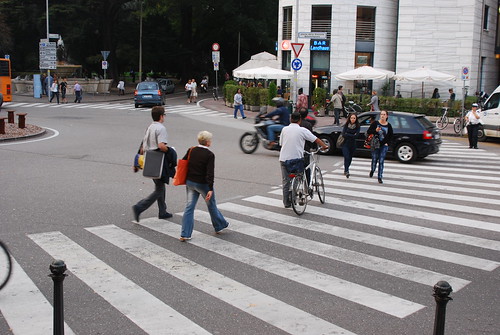 This pedestrian crossing goes all the way around the roundabout, thereby giving pedestrians priority, putting cars in their place, and it seems to work. I really liked Bozen/Bolzano from our brief visit, and it is no surprise to find that it was ranked as having the second highest quality of life of Italian cities in 2007. The first place was taken by Trento, which I have yet to visit, one day. It is also no surprise that places that have a high quality of life are also tend to be bicycle friendly! Update: it would appear that in 2010 Bozen/Bolzano took the top spot with Trento in second.

Finally I will leave you with a few more photos of bicycles and people in Bozen/Bolzano. 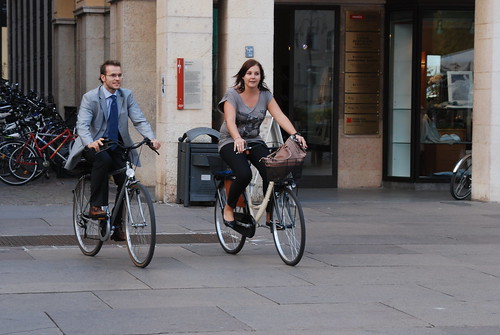 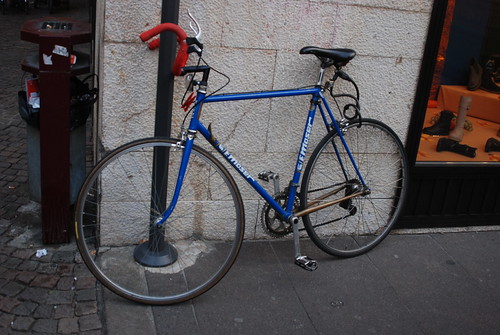 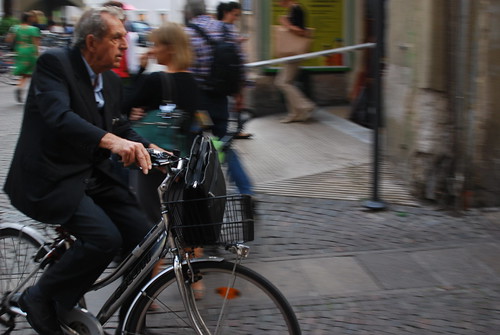 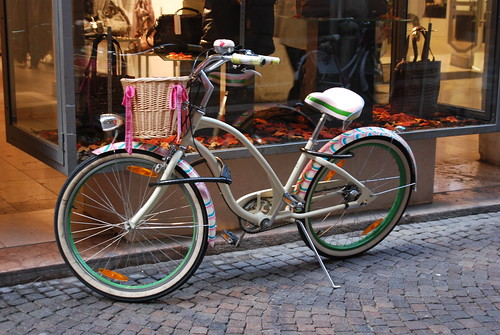 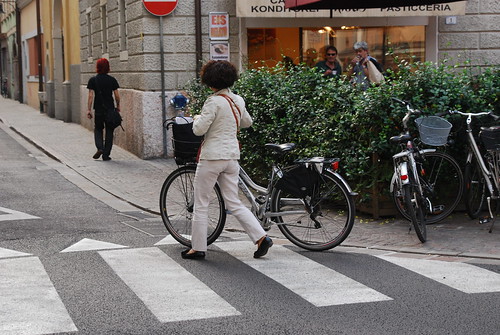 Addendum: Since first writing this post I have discovered that Bozen/Bolzano was the first city in Italy to install a “bicycle barometer” similar to the bicycle counting machines exist in Copenhagen, and that modal share of cycling in Bozen/Bolzano is around 30%! Oh and the only time I saw a cycle helmet being worn the whole day, was by a long distance tourer at the station, he also had a Californian flag on the bars of his bike…

Joe's more stupid than I thought if he believes anything that Boris says. Boris has no interest in anything other than himself.

Hands shaking - came down Mound - took lane - driver behind me revved, blasted horn - forced me over. I caught him at lights and he punishment-passed me and screamed ‘rude bitch use the cycle lane’. I am so so sick of this. Paint is not protection and ‘mutual respect’ is a joke.

The war on motorists.
A play in 3 acts
cc @DanEunson

Using and driving cars is a major indicator of propensity to obesity. As well as being suffocating pollution boxes both inside and outside. Cycling and walking health corridors needed across the UK. Safe enough for everyone to use. Kids, older people, people with disabilities https://twitter.com/CyclingSurgeon/status/1281845686514987008

Will people react to £10 incentive to eat in restaurants & the push by PM Johnson to go back to live normally? Could it be that it’s the virus that is ruining the economy & best way to get economy going is to drive virus out so people feel safe? Do the hard public health slog.