As the weather hadn’t been great all day we decided to take a wee walk up Arthur’s Seat (the largest of Edinburgh’s extinct volcanoes) before dinner just to get a bit of fresh air. Naturally I grabbed the big Nikon on the way out. We had got as far as the Scottish Widows building when the first photo opportunity was spotted, the water lilies (Nymphaea sp.) in the moat. Fortunately I had a polarizing filter on the lens and so had some chance of controlling the reflections. 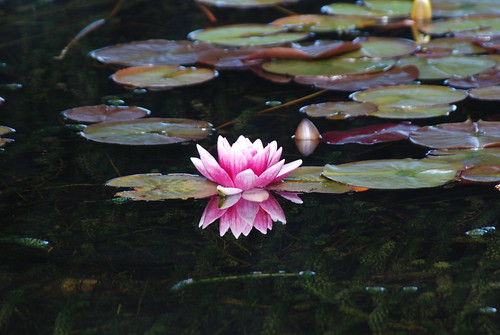 So there was me trying to take photographs of the water lilies, when Ulli said “Look there’s a tandem coming!”, I swung around to grab a picture. I was just was just trying to pull the zoom to frame the shot when the pilot said “Hi Kim”, it was Colin a cycling instructor I used to work with, and his wife. 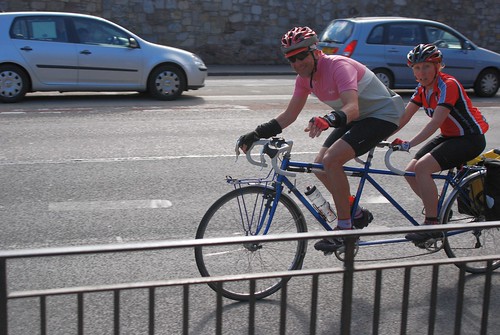 Tandem passed and water lily photos taken, we headed on to Holyrood Park and tried to dodge the flooded bit (we have been having monsoon rains recently). We squelched our way across the grass to the wee bealach separating Arthur’s Seat from Salisbury Craigs. There was a group of noisy German teenagers on the first of the Craigs, so we decided not to hang about, and set off away from the Gutted Haddie. I took a few photos trying to capture something of the atmosphere before we toddled on home for dinner. I hope enjoy some of the pictures below, if you like any of them, just click on them to see a bigger image: 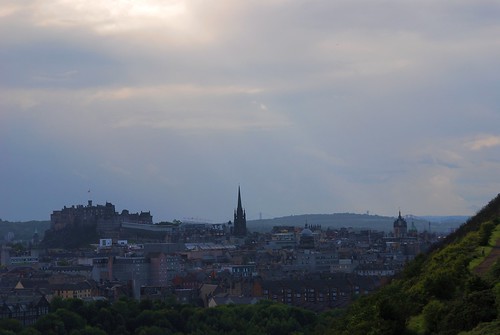 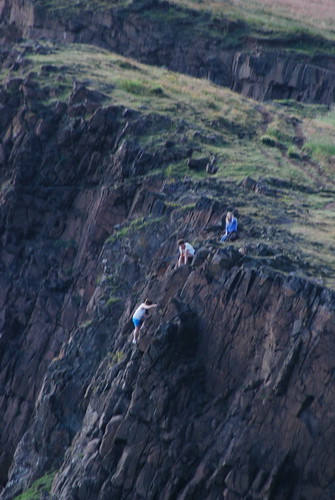 Climbing the Craigs by the quarry. 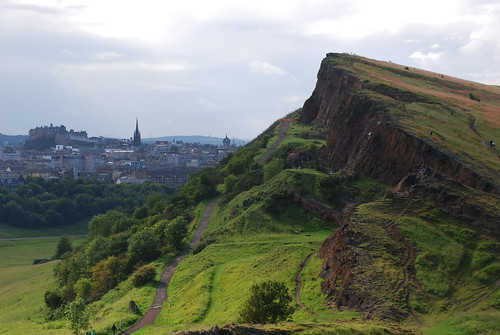 Salisbury Craigs and the City of Edinburgh. 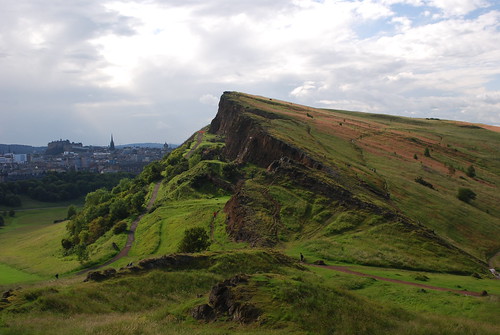 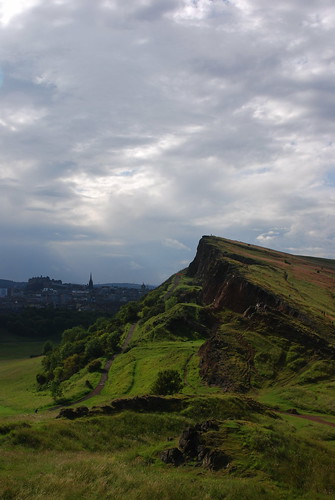 One thought on “An evening in July”

Tomorrow, June 3rd, is a special day. It's Martyrs' day & a public holiday here. It's also the World Bicycle Day: the day the cycling world celebrates the bicycle! Please task your government to develop and implement cycling friendly plans. I wish you a happy day, tomorrow. 🚴‍♀️🚴‍♀️

Feeling helpless, but have at least donated some cash to Black Lives Matter.

With the approval of @NicolaSturgeon & after discussion with colleagues, I’m with a small group of @theSNP MPs who’ve been compelled to travel to Westminster today to argue against the disenfranchising of MPs who can’t be here for #COVID19 related reasons

Will the Coronavirus lead to an increase in cycling in Scotland? https://www.scotsman.com/lifestyle/outdoors/will-coronavirus-lead-increase-cycling-scotland-2867750 It is a genie which a lot of motoring groups would like to shove back into the bottle...