Coasts and Castles, a ride along the NCN1/76 (Part 2): Fenwick to Dunbar

After a pleasant breakfast we set out once again, I wasn’t feeling quite as fit as the day before, probably due to my only recent recovery from flu. As we didn’t have the official “Sustrans Coast & Castles South” route map, nor did we have the updated sheet to the 2004 2nd edition of the OS map, we were following the signs for NCN 1 and using an older OS map. So we didn’t know that the route we were about to turn onto was unsuitable for road bikes, or that there is an “alternative road route (not signed) via Scremerston and A1167.” Thanks, Sustrans!! This is supposed to be part of an International long distance cycle route, not a mountain bike track, international visitors must think this is some sort of sick joke. But then this is the UK, and we have well meaning groups like Sustrans, who are there to remind us that the road to hell is paved with good intentions.

We knew from the evening before that the off road route from Beal to Beal Point had a loose surface which could be dangerous on loaded touring bikes. Also, that there were closed gates at either end, but an open entrance to the road half way down to where the north bound route turns left (this is fairly typical of Sustrans engineering). So we rode down on the road and turned left through the open gateway (which doesn’t actually have a gate) on to a farm track leading north. Then more gates and a high bridge over a drainage ditch called the South Low, the land here has been reclaimed from the sea, but one wonders, with climatic change, how long before the sea decides to claim it back again.

We meet several groups of cyclists coming the other way, all of whom were riding mountain bikes, which were far better suited to the path than our road oriented trekking bikes. After several kilometres of slow going over rough ground we finally regained the road and crossed over the North Low, shortly followed by the last crossing of the East Coast Main Line on a level crossing of the trip. The next crossing of the railway line was only a couple of kilometres further on, but this time on a humpback bridge, after which we were off road again, following a better made path through the dune slack. A couple more gates later and we briefly back on to black top, which lead us past Cocklawburn Beach and a car park, deserted save for a solitary ice cream van, next to which was a bored looking youth sitting on the grass, smoking.

By now the sand dunes had given way to rocky skerries and we were climbing towards low cliffs. The road turned sharply right, just by the imaginatively named Sea House, unfortunately our route departed from the road and followed the coastal footpath along the top of the cliffs. Don’t get me wrong, this is all very scenic and a fine walking path, but it is poorly suited to being a long distance cycle route. 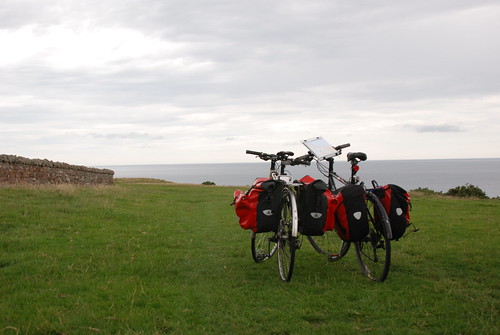 The final section of the of the cliff path was not only steep, it was rough and loose, which was far from ideal. Then we were back onto road again, phew.

As we cycled into Berwick-Upon-Tweed, we met several large groups of cyclists heading the opposite way. I am not sure where they were going, but there were lots of lots of friendly waves and hellos. After a confusing twisting and turning route, we found ourselves on a high bridge over the river, the Royal Tweed Bridge. Here the route makes you ride on the pavement, normally I object to riding on the pavements, but in this case I was happy to do so. The town was completely clogged with motor vehicles going nowhere fast, and the drivers getting increasingly cranky.

By now Ulli was wanting a map of the route ahead, we knew from information the previous night’s B&B that there was a cycle hire shop on Bridge Street. This turned out to be leading to a different bridge to the one we were on and required us to ride through the centre of the old town. When we finally found the shop, it was closed as it was a Sunday. So we thought we would try a bookshop, but none there, so finally we tried the Tourist Information. They were able to give us a free a Northumberland Cycling Map, but they didn’t stock the Coast & Castles South cycle map because it crosses the border. I tried pointing out the route started in Newcastle-upon-Tyne and that ¾ of the route was in Northumberland. The lassie was embarrassed, but very apologetically said that she wasn’t allowed to sell them. Then there was the next wee issue. It had been slow going getting to Berwick and the wind was getting stronger and we had decided that we wouldn’t make Edinburgh on the same day. So we need to book a B&B around Dunbar, but Berwick Tourist Information couldn’t make a booking across the border, we would have to cycle to Eyemouth to do that.

We followed signs to get back on to the NCN 1 cycle route, I was glad to be leaving the crabbit bampot drivers of Berwick-Upon-Tweed behind. This put us on a known route, having been there almost two months before. The first bit was on quiet roads then turning onto a off-road path which was even more overgrown than it had been the last time we had passed. Then across the A1, to the point where we were to leave the NCN 1 and join the NCN 76, to follow the coastal route north.

The NCN 76 started by heading steeply uphill for about 500 m (gaining 50 m in altitude), then we turned sharply left and lost the altitude gained over about 2 Km. Then at a cross roads we turned left in to no man’s land, along the Scottish / English border for about another 2 Km. We knew when we had crossed the border into Scotland, as there was a big sign saying “Welcome to Scotland”, the other side was merely marked with a sign saying “England”, don’t expect a welcome going south.

The landscape was changing, gone was the flat to slightly undulating coastal strip, now it was becoming more rolling hills and we were climbing more. We topped out at 200 m, then started the steady decent towards Ayton, with splendid views across to the massive red sandstone pile that is Ayton Castle. It was just a shame that the light wasn’t right for photos. Beyond Ayton, we wound our way on down to Eyemouth, where we sought out the Tourist Information office. In Berwick-Upon-Tweed we had been told that it closed at 16:00 on a Sunday, but now found that it closed at 14:00, fortunately we had 10 minutes to spare. A lovely lady found us a room in a B&B in Dunbar, which meant that we could relax and enjoy rest of the afternoon’s ride.

Leaving Eyemouth, we headed up hill again, this time straight into a westerly wind. A couple of kilometres out of Eyemouth we met a pair of German cycle tourers heading the opposite way, who stopped and asked how far it was to Eyemouth. We were climbing steadily again, by-passing Coldingham, but making our way up onto Coldingham Moor. Out on the moor the landscape was more open and we felt the full effect of the wind, which slowed our progress. On the few occasions where there was a bit of shelter, our speed increased by about 10 Km/h without our changing cadence, only to drop back down as soon as we left the shelter. The road crossing the moor is a very straight A road, but not particularly busy, we passed by a Brompton rider going in the opposite direction, zipping along at speed.

We finally topped out at 226 m and were greeted with an inviting looking sweeping downhill, which looked like it was going to be an easy ride. 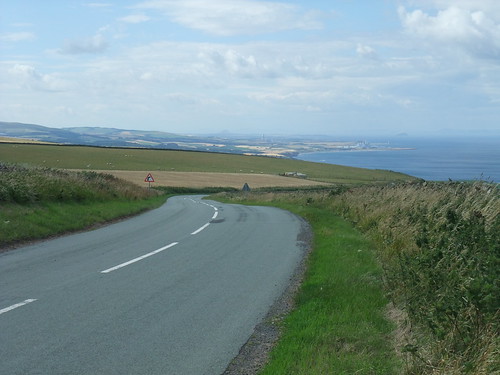 Unfortunately the wind had other ideas and we had to pedal hard to make progress. Before setting off downhill, we also had a dramatic view of coast, cliffs, and Pease Bay, marred only by the caravan park. Beyond that Torness Nuclear Power Station and the Dunbar cement works sticking out as landmarks among yellow cereal fields.

Evidently the route planners at Sustrans thought these were all sights not to be missed as the route took us past every single one of them. We made our own diversion to visit Dunglass Collegiate Church, which was worth the effort. 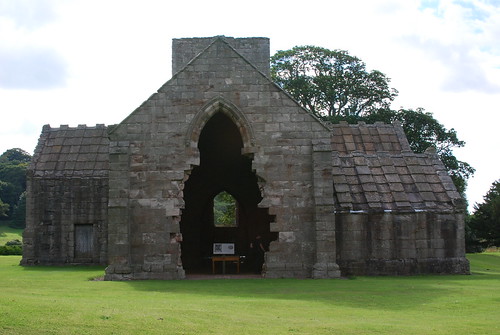 A quick note here on the historical background to Dunglass Collegiate Church: “The term ‘Collegiate Church’ covered a variety of sins, often literally. Collegiate Churches were generally endowed by the great and the good (and the rich) of the land. Each was served by a small religious community whose primary role was to pray for the souls of their benefactor, his wife, and his family. Presumably the idea was to relieve the great and the good of the onerous burden of praying for their own souls. Lennon and McCartney may have been right in suggesting that ‘money can’t buy you love’: but in the Scotland of the 1400s many believed it could buy you salvation” (Undiscovered Scotland). It was held against the English in 1544 when Henry VIII engaged in his rough wooing of infant Mary, Queen of Scots, and by the 18th century it was be used as a stables. These days it is occasionally used for weddings. 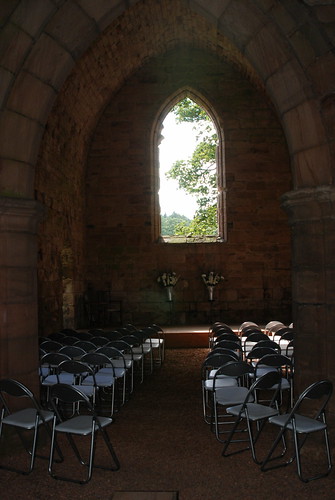 The caravan park, nuclear power station and cement works, I could happily done without. It would have been better to have continued on the A1107 and ducked under the A1 to go to Cockburnspath. This looks possible on the map and satellite images, but I haven’t tried it on the ground yet. Either way, we were please to reach Dunbar. Having located our B&B, we dropped off our luggage and had a shower, before headed out for a splendid dinner at the Volunteer Arms. I can recommend the monkfish and salmon kebabs, if you can’t get fresh fish 200 m from the harbour, you can’t get it anywhere. After which we sat on a bench in a wee park over looking the harbour entrance, waiting to take photos of the sun set. 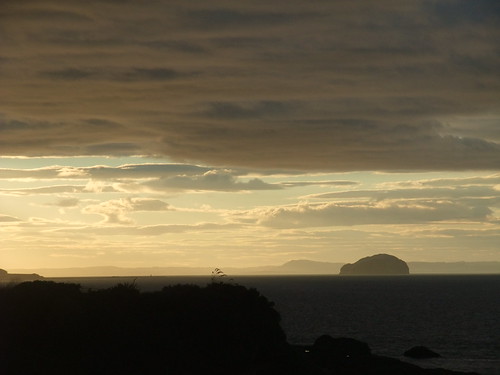 While we were waiting, we saw a kestrel being mobbed by swallows, something I have never seen before.

They must have lost the memo about how Brexit was supposed to raise food standards...

Nice to see the BBC has finally caught up, this was public knowledge last week...
First they are going for the working time directive, so that they can make overstretched NHS staff work longer hours...

Independent SAGE’s Prof Christina Pagel tells @jonsnowC4 the lockdown “has to go on well beyond February”.

This is why we need a Zero Covid strategy, the longer the virus is left in the wild the more damage it will do...