Following on from the future of local transport debate the other evening, I would like to propose a simple parking experiment. It would not cost much and should be fairly straight forward to carry out.

I suggest that the council gets four or five Car Bike Ports, puts them in parking bays around the city, and then monitor what happens. If you were to leave them in a single bay for no more than a few months at a time, you would only have to use Temporary Traffic Regulation Orders (TTROs). Or you could have them moved between bays on the same street every few days, so that you would even need to bother with the TTROs.

As it is purely short term experiment there should be to much planning needed and as the Car Bike Ports were originally commissioned by the London Festival of Architecture, the Street Scape people shouldn’t have a problem. The Car Bike Ports could even be rented to keep the cost down. Although I suspect that by the end of the experiment there would be a clamour from the local trader for keeping them.

So are you wiling to give it a go?

It would be great to see something like this in Edinburgh: 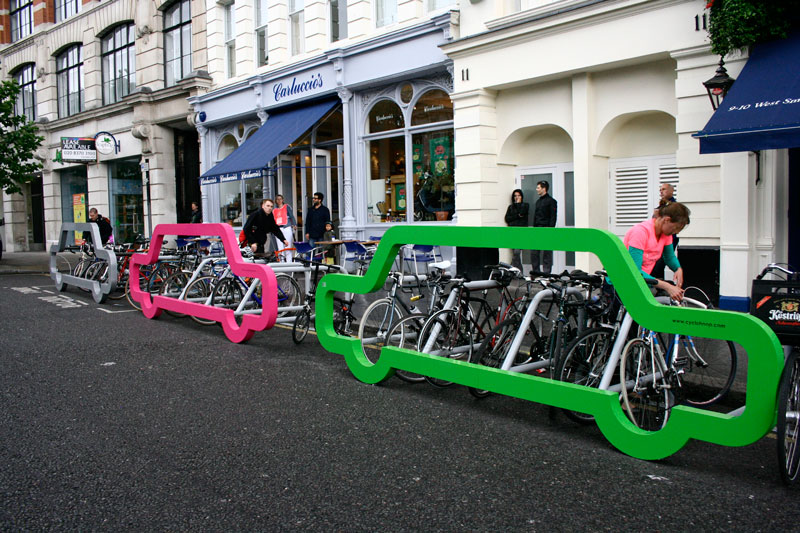 Waiting for The Heat Death of the Universe

Cars must allowed to flow.

What money can people on foot, walking into shops, be spending?
Only Fiat Unos can buy things

Not to mention widening pavements and making space for cyclists on roads. Just get on with it, it is not logistically challenging to put some cones down. I know you will say 'we need to do it properly' but invalid as you continue to put in infrastructure that isn't up to spec.

@Edinburgh_CC @SpokesLothian @edfoc How is it that all of the pedestrian crossings are still making people wait ridiculously long times to cross roads? This can happen very quickly. You talked about it 12 weeks ago, what are we waiting for.