Five weeks and three days ago I went out for a bike ride and had a meeting with a hump in the road, which resulted in a badly buckled front wheel and a broken clavicle. Now that I am weaning myself off the painkillers, I decided it was time to return to the site of this altercation.

The sun was shining, so I grabbed a camera and headed for the bus, as I am not back on the bike yet. By the time I arrived, the sun had hidden behind a cloud, so I wasn’t able take photos in the conditions in which the accident occurred, but I took some anyway. Returning to the site, I was surprised by how low the road humps are, in my mind they had become huge.

Walking down the road, I was able to work out what had happened: we had passed a warning sign saying there were road humps. I have crossed over two when a man walked out onto the road from a path to the left. He was carrying shopping and had obviously come from the nearby shopping centre (see map). I had slowed to let him cross, but he carried on down the road, so I swung out to pass him. I didn’t see the next road hump in the deep shade – it was clearer today, but at five metres away it is not easy to see, as there are no markings on it. 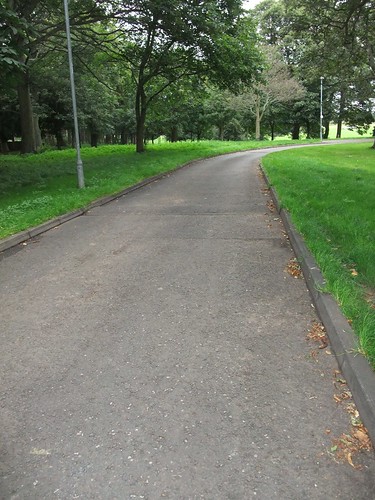 As I said above, when I saw it close up today I was surprised how small it was… 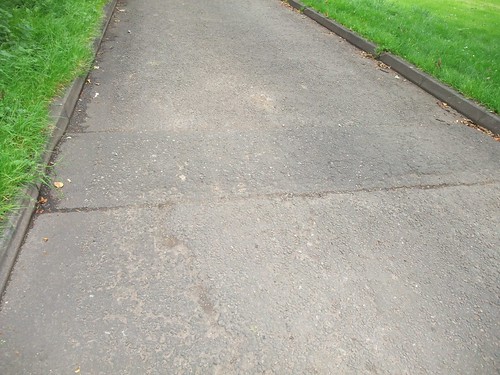 … and wondered how it was that it had buckled my front wheel so badly. So I looked closely at the right hand side, sure enough, there was a gouge in the face of the hump which must have been what I hit. It has a vertical rise of about 20mm and is certainly was in-line with the place where I had landed on the far side of the road hump.

So how am I now? Well, I have my arm out of the sling and I am weaning myself off the painkillers, but I still have a long way to go before I get full use of my left arm back.