Having previously taken a low level tour of Holyrood Park, we felt it was time to take a high level tour. It was mid afternoon before we set out, about 14:00 (the dark comes early at this time of year). Walking the skis to Holyrood Park and entering by the west gate, we crossed the road above the roundabout and put on the skis, then skied across to the now well pisted sledging area. From there we wanted to continue up Queen’s Drive, but didn’t want to stop and put on climbing skins for such a short climb, so we just zigzagged up the hill, joining the road higher up. Shortly after rejoining it, we met a pair of x-country skiers coming in the opposite direction. They expressed an interest in our skis, asking did we have skins? We said that we were carrying skins, but weren’t using them on the shallower gradients. We also pointed out the metal edges on our Telemark skis, which make it easier to turn when descending. They looked a wee bit worried about the prospect of descending Queen’s Drive on x-country ski.

Queen’s Drive was now flattening off and we were able to get a kick glide going, as we followed the road above Duddingston Loch. We stopped to take a few photos of the frozen loch below, there was no one skating there today. In past centuries, Duddingston Loch was a popular location for ice skating in winter, where Sir Henry Raeburn painted his famous picture the Reverend Robert Walker skating. Indeed, this was one of the Edinburgh lochs which was used by the Edinburgh Skating Club, the first organised figure skating club in the world. 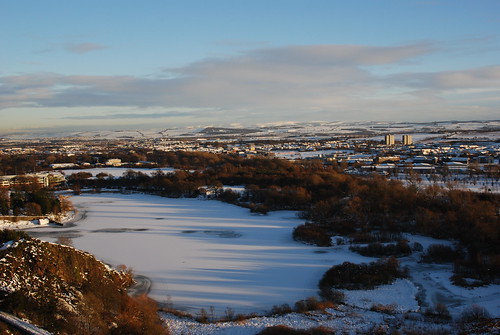 Photos taken, we carried on to just short of Dunsapie Loch, were we stopped to get out the climbing skins, it was time to start the real climbing up the east side of Arthur’s Seat. While we were fitting the skins our skis, someone walked past us, carrying a pair of short downhill skis and we saw him walk uphill. There was a narrow piste, formed by repeated sled runs, and we decided to skin up the side of this. About half way up, the guy who had been carrying his skis up, came storming down again.

Reaching the small flat area below the summit, we stopped again to take photos, and I was just too slow to catch a ski bike setting off down the hill. We set off again and worked our way around under the summit to the Col on the west side, which we had seen skiers and snowboarders launch themselves off yesterday. Having looked down, I decided that I didn’t fancy trying it. 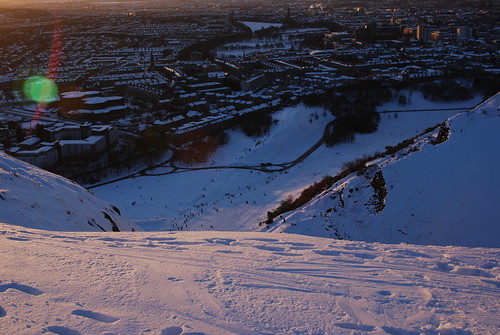 Then on, up onto the Lion’s Haunch, for more photos and to watch the sun setting. 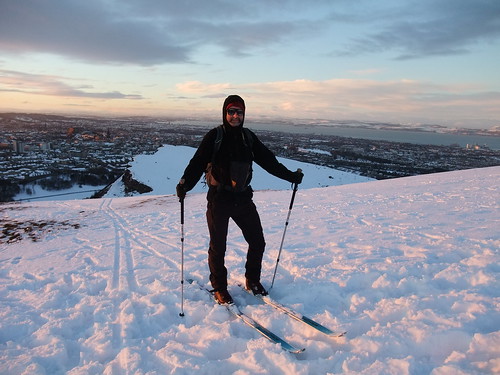 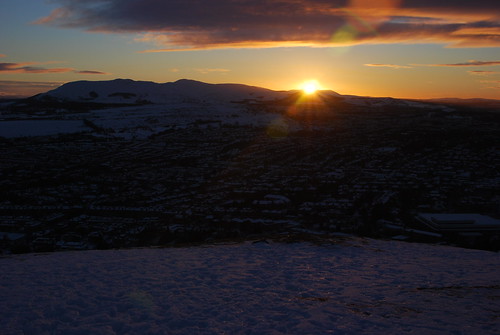 After sunset, it was time to head back down again. It was at this point that I found that long skinny tele skis are are not as floaty in deep snow as the carving skis I use in the Alps. As a consequence, I left a few deep hollows in the snow, but, by the time we reached the road again, I was starting to get the hang of it. We followed Queen’s Drive back the way we had come, snow ploughing down to the roundabout in the dark, then off across the park…

Love to make the world more habitable by filling every inch of it with cars. NO PEOPLE ONLY CARS GO VROOM VROOM https://twitter.com/gringolito/status/1310629758229778434

Brexit: The worst is yet to come https://fedtrust.co.uk/brexit-the-worst-is-yet-to-come/ A cheerful spot of light read... Sad true the worst is still to come

Once the #Brexit dividends start kicking in, such as unemployment, food shortages, medicine shortages & martial law, remember to gaze fondly at your framed poster of Johnson & Cummings and bask in the knowledge that they’re not hungry, cold or skint, thanks to your devotion.

Imagine how nice Broughton Street would be if some thought was given to pedestrians and cyclists.
#Edinburgh

Just had a look at the cover of the new book - ‘How Britain Ends’ - scheduled for publication in February. Thanks to everyone at Head of Zeus and to Boris Johnson for being such an inspiration